Travelling down the Musicians Road 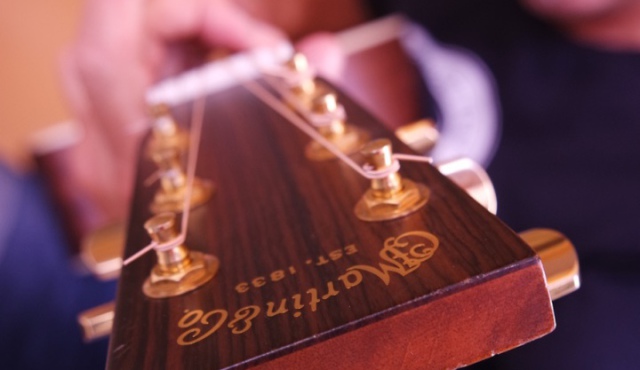 The singer and songwriter Jimmy Roggers was born in Skopje (Macedonia) on Valentine's Day in 1962.

He grows up as a young ski talent in a very sporty family. His musical talent becomes more and more evident over the years especially after he gets his first guitar as a gift. As a self-driven multi-talent, from then on he focuses his guitar. He plays and sings in the school orchestra and at various family and sporting events.
At 16 years old Jimmy hitchhikes across Europe and gathers experience as a street musician in Germany, France and Switzerland.

After graduating from university and carrying his experience busking with him, he now focuses on a musical career. Jimmy is highly influenced by songwriters such as James Taylor, Cat Stevens, Arlo Guthrie, Paul Simon, Bob Dylan, and later Bruce Springsteen, Mark Knopfler, Joni Mitchell and countless others.

At the age of 20 he played in various bands and performed along the Adriatic coast. He experiments with many different styles of music although still searching for his own iconic style. 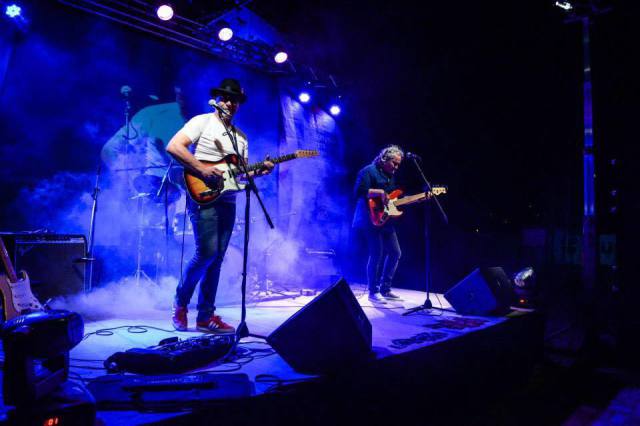 He then made the decision to continue his journey in Austria as a ski instructor and try his luck in another country.
His musical talent was quickly recognized and he swaps the ski slopes for the local stages.

In 1991 he celebrated his first successes in the country music scene. He plays gigs as a solo artist, as a duo and starts to get active with his band.
Country music became his main music style during this time, when in  1994 his first album "Fancy Cowboys" was released - a product of his creativity and passion for writing and producing music.
The album is very successful and Jimmy performs at major country festivals in Austria, Germany and Switzerland.

In 1997 he then recorded his second album "When the Sun begins to Shine" in Texas, USA. The album is promoted by music producers Wink Taylor (George Strait) and Frank Wilson and presented on worldwide indie radio stations.

Back in Austria, the album “Colors of Life” is created with his friend “Tex Robinson”, which is being promoted by the “Allmusica” Hamburg label.

Jimmy happily helps other artists with songwriting and production alongside his own projects. 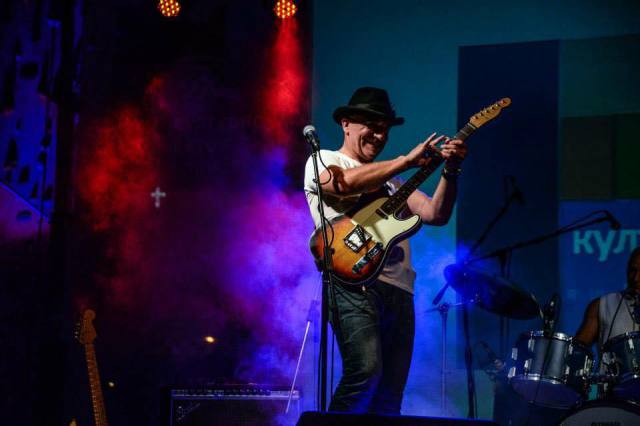 In 2003 Jimmy took part in a major TV production as part of his tour in his home country Macedonia, which made him very popular throughout the region. His first compilation CD „Greatest Hits“ was created with the songs that inspire him the most.

Together with Waterloo, Andy Lee Land and Tex Robinson, Jimmy played with his band in 2008 for the project “The Best of Country Austria”, organized by TV Burgenland (Tyrolis Records).

In 2009 he achieved a new breakthrough with his music with his album „Steep and Deep“.
It‘s starting to get more bluesy ... his infinite creativity and artistic impulses keep driving him to write new songs. In addition to his soulful singing, his excellents on the guitar is always in the foreground. His style is changing in the direction of „BLUES“ ... but he imaginatively combines different styles of music into something very own.

After the „Steep and Deep“ tour, Jimmy reduced his band to a trio.
They perform on international stages - from small events to large festivals, and in 2012 they are vice champions at the „European Country Music Masters“ in Kalkar / Germany.
Another Highlight in 2012 is when Jimmy shares the stage with Nazareth.

In 2015, on his 25th stage anniversary, Jimmy released his “Ultimate Collection” with his 20 best songs, available for the first time from itunes, amazon music and other online music providers, and performed 150 live gigs a year. 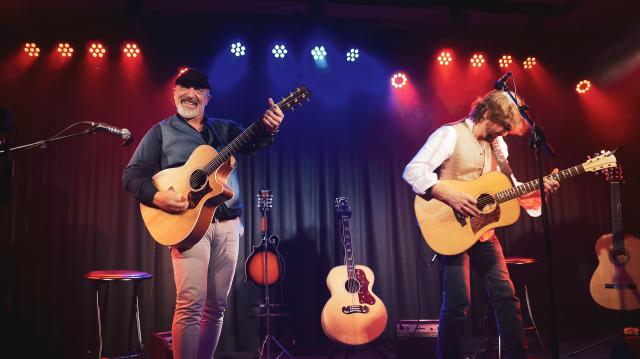 His big dream is to record a purely acoustic album in the recording studio „Romin Katzer“ in Nuremberg, which he accomplishes in late summer 2019 together with his duo partner and guitarist; Andrew Harrison.

At the beginning of 2020 he will be able to hold the jointly produced CD “Vagabundo” in his hands. This album is also available from the most important online music providers.

With the duo „Roggers & Harrison“ Jimmy can finally fulfill his wish for an acoustic project at the highest level and go on tour. 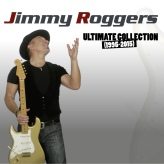 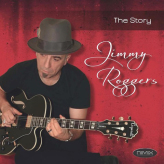 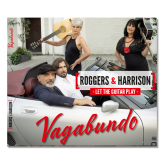